This destination is intended as a place to find natural things discussed as a means of providing more perspective about the importance of nature and caring for the environment. Materials will be added from time to time. 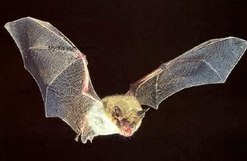 1.      Bats are Black: Myth.  Bats look black to us, but this is because we see them at night when it’s dark.  Even a bright red cardinal would look black to us if we saw it in the dark.  Most bats are actually brown.  In fact, two of our more common species of bats are called, appropriately, the Big Brown Bat and the Little Brown Bat.  (Scientists can be so creative, huh?)  The most common bat in Land Between The Lakes is the Red Bat, which is the reddish color of a red-headed person’s hair.  There is a Yellow Bat in the western United States whose fur is, you guessed it, yellow!

2.      Bats suck blood: Reality for some bats, but none that live in the United States.  Vampire bats really do exist, and they really do feed on blood, but not anywhere near Land Between The Lakes!  There are three species of vampire bats, and they all live in the New World Tropics, from Mexico south into South America. They typically feed on the blood of cows, horses, pigs, and birds.  Rather than sucking blood, they use their teeth to make a small incision, and then lick up the blood that comes out.  They even have a special substance in their saliva that keeps blood from clotting.  In contrast, all of the bats that live in Kentucky eat insects.  In fact, bats are the number one predator of night-flying insects such as mosquitoes, which are our true blood-suckers!

3.      Bats are blind: Myth.  Just like many people mistakenly think that owls are blind in the daylight (they’re not), they assume the same about bats.  We even have a common phrase, “blind as a bat,” which sounds good, except that it isn’t true.  Fruit bats, which live in Africa, Asia, Australia, and the Middle East, have large eyes that they use to search for fruit and flowers.  Our Kentucky and Tennessee bats have fairly small eyes because they rely most on hearing to detect their insect prey.  They don’t have outstanding vision like owls or eagles, but they’re not blind either.

4.      All bats live in caves: Depends what season it is.  Horror movies love to show images of bats flying out of caves, a scene which is supposed to foreshadow creepy things to come.  And it’s true – many bats do use caves for shelter at certain times of the year.  However, many bats only live in caves during the winter when they are hibernating.  Because they are so insulated from the outside (have you ever been to Mammoth Cave during the middle of January?  Or the middle of July?  The temperature is always in the 50s!), caves offer bats the perfect conditions for staying safe during the winter.  Come spring, though, most bats relocate to their summer roosting areas – often in hollow trees, under flaps of tree bark, or these days, in human-provided bat boxes.  Only some species of bats live in caves year-round.

5.      Most bats carry rabies: Myth.  Rabies is a serious disease, and bats can carry it.  Because of this, you should never handle a bat.  However, bats are no more likely to carry rabies than any other species of mammal, and are less likely than some.  In fact, only a fraction of one percent of bats carry rabies.  That’s nowhere near a majority.  The two most common animals that carry rabies in the United States are raccoons and skunks.

6.      Bats are rodents: Myth.  Bats are small and furry, and many people think of them as “flying mice,” but studies have shown that bats are actually more closely related to primates than to rodents.  One common trait that many rodents share is their propensity to have large litters of babies.  On the other hand, most bats only have one baby per year.  And they invest a lot of energy into that one baby.  If you think that human pregnancy can be difficult, imagine being a bat – their babies weigh about one-third the weight of the mother.  If we were like bats, a 150-pound woman would give birth to a 50-pound baby!

7.      Bats make tequila: Reality.  Tequila is distilled from the juices of the agave plant, which grows in the western United States.  Long-nosed bats are nectar-feeding bats that also live in the western United States.  They use their long nose to lick up nectar from flowers, much like hummingbirds and butterflies.  And one of the main plants they feed on is agaves.  Indeed, long-nosed bats are the main pollinators of some species of agaves.  Without long-nosed bats to pollinate them, agaves might not survive, and humans might not have tequila!

Want to fully enjoy the Solar Eclipse on August 21, 2016 … Do it safely by following the advice of vision professionals as you can read below. 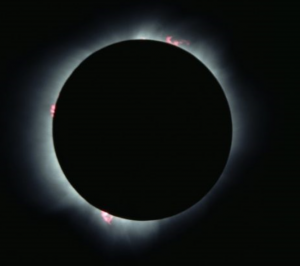 Looking at a solar eclipse may be exciting but it’s also a threat to your eyes. Looking directly at a solar eclipse is as dangerous as staring at the unblocked sun and can cause damage to the retina, the light-sensitive nerve layer at the back of the eye. The damage affects the macula, the part of the retina responsible for fine central vision.

Many people think they can protect their eyes by looking through filtered binoculars, sunglasses, neutral density filters, or exposed photographic or radiographic film. However, a retinal burn can occur in spite of all these barriers. In a 1970 solar eclipse in the eastern United States, 145 retinal burns were reported. Forty percent of the injured patients were using protective filters. Parents should caution children not to look directly at the sun. Children are more tempted to watch an eclipse and the damage is usually more severe because the child’s natural lens is so clear that it lets more ultraviolet (UV) rays reach the back of the eye.

The good news is, there’s a safe way to view an eclipse. Here are three options:

o    Attend a display at a planetarium or university astronomy department, where optical instruments are used to project an image of the eclipse from a telescope to a screen for safe viewing.

o    Watch the eclipse on television.

o    Use the simple pinhole camera: Take two sheets of plain white paper. Make a pinhole in the center of one of the pieces. Then stand with your back to the sun and hold the sheet with the pinhole in front, so that the sun shines through the pinhole and onto the other sheet of paper. An image of the eclipse will be projected onto this second sheet. It is amazing how well you can observe a solar eclipse with this simple device.

The Interpretive staff at the Woodlands Nature Station, the Golden Pond Planetarium and Observatory, as well as the Homeplace Working Farm and Agricultural Museum are studying and working to develop content which can be helpful to each of you. Visit this page for links to enriching and instructional materials you can use during this difficult time.